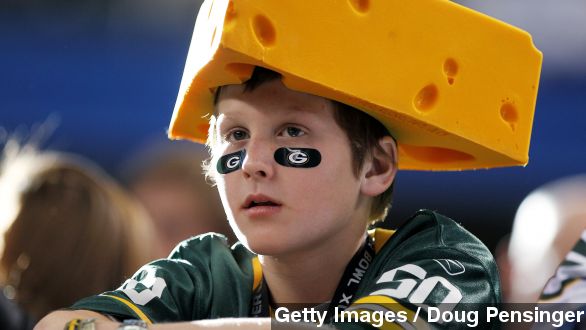 SMS
Wash. Town's 'Ban On Cheese' Pokes Fun At NFL Rivalry
By Jake Godin
By Jake Godin
January 16, 2015
The city of Bainbridge Island, Washington, has instituted a ban on cheese in its City Hall ahead of a big title game between the Seahawks and Packers.
SHOW TRANSCRIPT

The city of Bainbridge Island, Washington, has banned cheese. Well, at least for Friday. And at least in one building.

Call it feta fascism, a colby coup or maybe the rise of a Dauphin dictatorship, but the city manager of Bainbridge Island issued an executive order banning all cheese possession and consumption in City Hall for Friday, Jan. 16. Wisconsinites aren't taking it well, either. (Video via YouTube / ChannelCheeseTV)

The reason for the ban on brie? A football rivalry. The NFL's Seattle Seahawks are set to play against the Green Bay Packers for the NFC championship game on Sunday.

And, as any NFL spectator probably knows, Packers fans have a penchant for sporting cheese on their heads.

But for Bainbridge Island's city manager, it's just a way of having a little fun.

"So I thought for this Friday it would be fun to make sure we don't have any cheese products for our Blue Friday celebration," Doug Shulze told KMAX.

Wisconsinites implemented their own ban earlier this week.

Milwaukee's 94.5 The Lake kicked off a "Say No to Seattle" campaign Tuesday saying it would no longer play any Seattle-based artists. That's right, no Pearl Jam, no Foo Fighters — and maybe no Nirvana.

Nirvana, by the way, is from Aberdeen, Washington. Same difference, right? The Seahawks and Packers play against each other this Sunday at 2:05 p.m. Central.