Was Suspect In Handcuffs At The Time Of Officer-Involved Shooting? 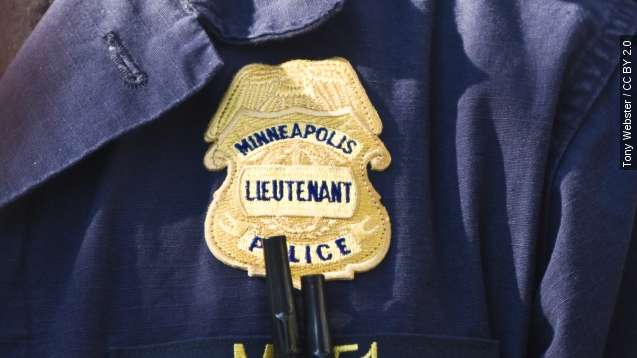 SMS
Was Suspect In Handcuffs At The Time Of Officer-Involved Shooting?
By Matt Moreno
By Matt Moreno
November 16, 2015
Jamar Clark was shot during an alleged altercation with police. Witnesses say he was in handcuffs at the time, but Minneapolis police disagree.
SHOW TRANSCRIPT

An officer-involved shooting in Minneapolis, Minnesota, is prompting protests after witnesses say the man was shot while he was in handcuffs.

Police responded to a call Sunday morning about a physical altercation. While en route, officers were informed the suspect, Jamar Clark, was allegedly harassing paramedics already on the scene. (Video via KSTP)

A struggle ensued between Clark and the officers before one of the them allegedly shot him. His condition is unknown. Witnesses told KARE Clark was "lifeless" at the scene, but police say he's being treated at a local hospital. (Video via KMSP)

Witnesses and investigators currently have very different views on how things went down shortly before the shooting.

"There were handcuffs at the scene. Preliminarily the subject was not in handcuffs at the time of this, but that is part of the active investigation," Drew Evans, superintendent of the Minnesota Bureau of Criminal Apprehension, said.

Whether Clark's hands were bound at the time of the shooting appears to be one of the biggest questions.

Black Lives Matter protesters in Minneapolis have been confronting police since the shooting of Clark. The Minnesota Bureau of Criminal Apprehension is still investigating the incident.

This video includes images from Getty Images, Fibonacci Blue / CC BY 2.0, and Tony Webster / CC BY 2.0.