Was Ferris Bueller's Ferrari A Fake? 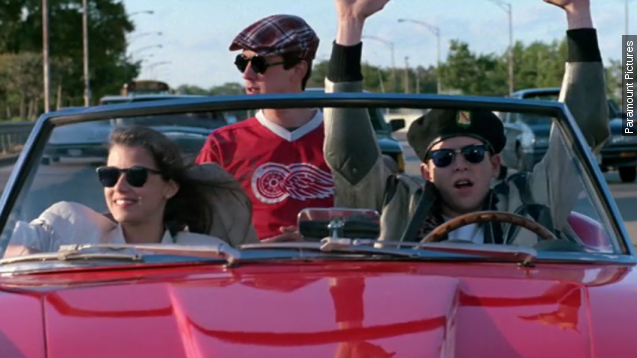 SMS
Was Ferris Bueller's Ferrari A Fake?
By Cody LaGrow
By Cody LaGrow
October 28, 2015
Matthew Broderick reveals the car he drove in the film may not be the classic we think it is.
SHOW TRANSCRIPT

Remember this classic car from "Ferris Bueller's Day Off"? (Video via Paramount Pictures)

Surprise! What you're looking at is actually plastic.

"Did you keep any special mementos from the set of 'Ferris Bueller'?" Cohen asked.

"No, I don't think I have a thing ... they didn't even let me touch the Ferrari. We had a fake Ferrari that we drove around in. It was plastic," Broderick said.

The real deal costs A LOT of money.

An identical model entered an auction this year.

Its guide price started at $12 million.

Can you afford that?

Don't worry, neither could they.