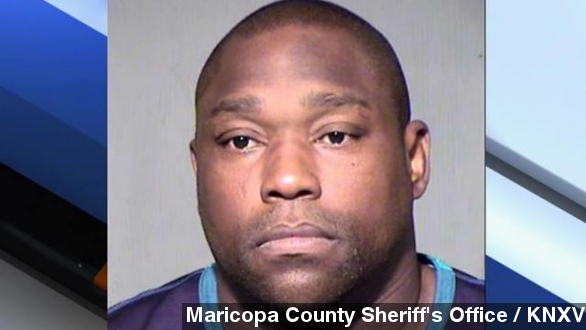 NFL Hall of Famer Warren Sapp, who was in Phoenix covering the Super Bowl for the NFL Network, was reportedly arrested Monday morning. He faces accusations of soliciting a prostitute and two counts of assault.

Police told local outlet KNXV that a fight broke out in Sapp's hotel room in the early morning hours between Sapp and two women, leading to his arrest. Police also say Sapp admitted to solicitation but denied the assault charges.

TMZ broke the story Monday morning, later reporting that the 42-year-old former defensive tackle was suspended from the NFL Network.

That was followed up by a Sports Illustrated reporter confirming Sapp had actually been fired. The NFL Network works fast.

Sapp isn't alone in getting picked up for solicitation around the Super Bowl. FBI agents, customs officers, police and other law enforcement have been working for months to crack down on sex trafficking and prostitution in Phoenix before the big game.

KNXV reports the results so far: "In six months, 60 pimps and traffickers busted, 350 arrests for soliciting sex, including with minors, more than a dozen federal prosecutions."

The Super Bowl and other big sporting events are known to cause a spike in sex trafficking and prostitution, though exactly how much has been difficult to measure.