Buffett Will Not Be Dragged Into Trump's Tax Return Dumpster Fire 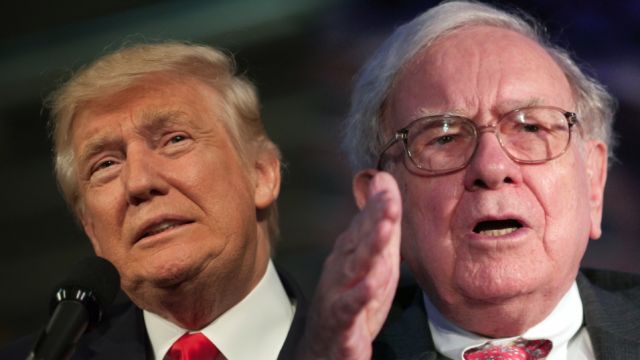 SMS
Buffett Will Not Be Dragged Into Trump's Tax Return Dumpster Fire
By Lindsay Gloor
By Lindsay Gloor
October 10, 2016
Donald Trump said Warren Buffett uses tax loopholes like he does, but Buffett said that's not quite true.
SHOW TRANSCRIPT

"First of all, I pay hundreds of millions of dollars in taxes. Many of her friends took bigger deductions. Warren Buffett took a massive deduction," Republican presidential candidate Donald Trump said Sunday night.

But Warren Buffett wants you to know that's not quite true.

Buffett has promised to release his tax returns whenever Trump's are released. He struck back against Trump's claim in a statement.

Buffett gave a run-down of his 2015 tax documents. He says he earned $11.6 million in gross income and paid $1.8 million in federal income tax. He did take $3.5 million in charitable deductions, but the total amount he gave to charity was more than $2.8 billion.

Buffett also noted that he has paid his federal income tax every year since 1944, when he was 13.

Buffett concluded his statement by saying he is currently being audited by the IRS, like Trump. He said, "I have no problem in releasing my tax information while under audit. Neither would Mr. Trump — at least he would have no legal problem."