Warner Bros. Banks On Comic Book Movies To Bounce Back 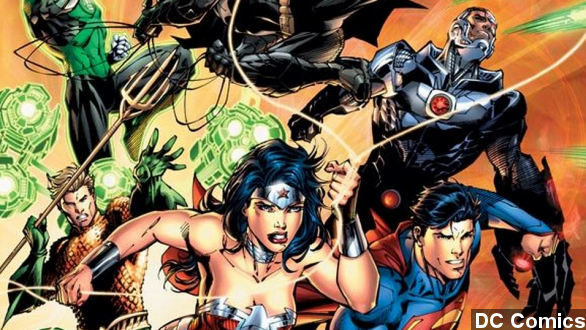 In fact, the Los Angeles Times points out the studio is in third place in domestic box-office share — unfamiliar territory, as it placed in first and second in nine of the past 10 years.

It has fielded a couple big hits this past year: "The Lego Movie," starring Chris Pratt, standing out as something of an unexpected cash cow. (Video via Warner Bros. / "The Lego Movie"')

Warner Bros. is getting into comic book movies in a big way, announcing plans for 10 new movies over the next six years, all centering around its subsidiary DC Comics.

Those films range from 2016's "Batman vs. Superman: Dawn of Justice," which will star Ben Affleck and Henry Cavill in the titular roles, to 2020's "Cyborg," which will feature a more obscure character.

Those plans have clearly been in the works for a while, but to the casual observer it definitely looks like Warner Bros. has taken a cue from its competitor Disney's success with Marvel properties, even obscure ones like Guardians.

NBC / "SATURDAY NIGHT LIVE": "Marvel took a super obscure comic book and turned it into the biggest movie of the year, which means one thing: Marvel can't fail!!!"

But there are some key differences — while Disney and Marvel continue to turn to obscure properties like the upcoming "Big Hero 6,"  based on a comic book about teenage Japanese superheroes, Warner Bros. is starting with known franchises. (Video via Walt Disney Animation Studios / "Big Hero 6")

You don't get much bigger than Batman and Superman, and they're also starting out with ensemble movies, incorporating multiple superheroes like Wonder Woman and the Flash, while Marvel slowly built up to "The Avengers" movies. (Video via Walt Disney Studios Motion Pictures / "The Avengers")

And even if one or two of the 10 planned movies fail, a writer for Forbes argues it's not a big a deal: Unlike Marvel, Warner Bros. has other lucrative franchises it can turn to, like Lego — with more movies in the works — and the Harry Potter Universe, which it's diving back into in 2016.

Either way, we won't actually get to see any of the new Warner Bros. superhero movies for at least another year, with "Batman vs. Superman" slated to launch in March of 2016.

This video includes images from Getty Images, Warner Bros. and Loren Javier / CC BY NC ND 2.0 and music from Kevin MaCleod / CC BY 3.0