War Of Words: Is It Called Taiwan Or Republic Of China? 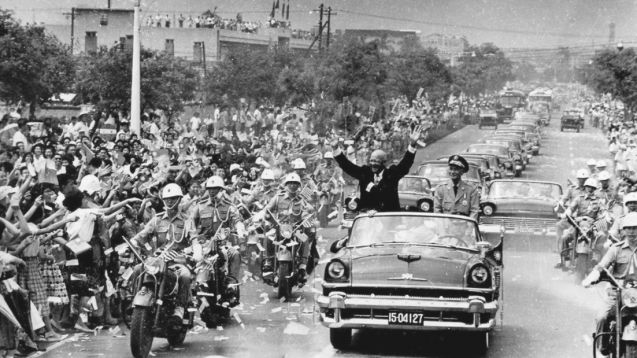 Whether it's FIFA, or the United Nations, or the Miss Universe Pageant, just about everyone seems to have a different name for what most of us would call Taiwan.

But words do matter here. The White House learned that lesson the hard way back in 2006 when it introduced then-Chinese President Hu Jintao to the "national anthem of the Republic of China." Yep, Taiwan's national anthem. (Video via C-SPAN)

It's a touchy subject — and one that dates back to 1949 when Chiang Kai-shek’s nationalists fled the mainland after losing the civil war.

Today, China insists Taiwan is part of its territory and, naturally, prefers self-ruled Taiwan be called Chinese Taipei or the Republic of China. (Video via CCTV)

Taiwan and China — or whatever you want to call them — have agreed on one thing. When their two leaders meet this weekend they'll address each other not as "president" — since that would confer legitimacy — but instead, as "mister."