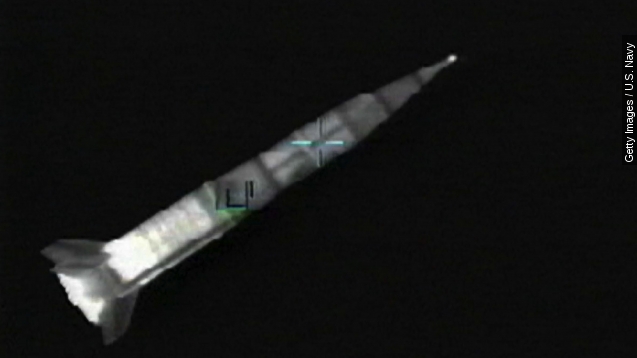 SMS
War In Space Isn't Considered Fantasy Anymore
By Ryan Biek
By Ryan Biek
August 11, 2015
China and Russia's tests of anti-satellite weaponry could be drawing the U.S. closer to a war in space.
SHOW TRANSCRIPT

We're arguably closer than ever to war in space. Most satellites orbiting Earth belong to the U.S., China and Russia. And recent tests of anti-satellite weapons don't exactly ease the scare factor. (Video via NASA)

It sounds like science fiction, but the potential for real-life star wars is real enough. It's just not new. (Video via Walt Disney Studios Motion Pictures / "Star Wars: Episode VII - The Force Awakens)

Fears of battles in space go back to the Cold War and several initiatives, like President Reagan's "Star Wars" missile-defense system. (Video via ABC)

Deputy Defense Secretary Robert Work spoke to Congress in June about the threat. He said during a speech the technology the U.S. developed during the Cold War allows it "to project more power, more precisely, more swiftly, at less cost."

Take a moment to think about everything satellites do. GPS, surveillance and communications all depend on them.

And the Scientific American notes you can disable satellites without missiles. Simply spray-painting lenses or breaking antennas is enough.

And a former Air Force officer told the Scientific American most of the U.S.' capabilities in space have been declassified to send a clear message: There are no rules for war in space.