Want To Visit A Distant Star? Hitch A Ride On A Space Laser 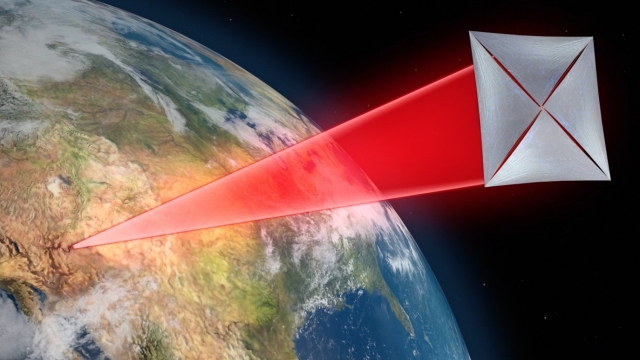 SMS
Want To Visit A Distant Star? Hitch A Ride On A Space Laser
By Mikah Sargent
By Mikah Sargent
April 12, 2016
Stephen Hawking and billionaire Yuri Milner are teaming up to test a way to send space probes 25 trillion miles — all the way to Alpha Centauri.
SHOW TRANSCRIPT

What do you get when you cross lasers, tiny space probes and billions of dollars? Hopefully a ton of information about Alpha Centauri, the closest star system to our own.

Yuri Milner and Stephen Hawking have announced a new project called Breakthrough Starshot. They want to send light-propelled spacecraft flying through space at 100 million miles per hour, reaching Alpha Centauri in around 20 years.

Astrophysicist Jonathan McDowell says it'd take a whole lot longer with current technology: "The Voyagers that are heading out toward the stars — they're going to take 20,000 years to get there. That's not acceptable. ... We're talking about putting something 1,000 times faster than any human artifact has ever gone."

The so-called nanocraft will make their way to space in a rocket. Once there, they'll unfurl their lightsails and rely on high-power lasers on Earth to begin to push them toward Alpha Centauri.

Before Milner and Hawking can make this happen, they've got to test it — that's what Breakthrough Startshot's for. It's meant to prove the plan could really work so other organizations will take the next step.

If it's proven to work, scientists could eventually send thousands of data-gathering probes, called StarChips, to collect loads of information — including photos — from our neighboring star.

This video includes a clip from NASA.