Want To Quit Smoking? Put Some Money On The Line 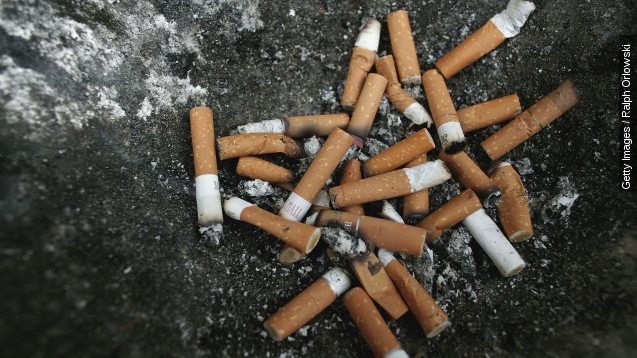 SMS
Want To Quit Smoking? Put Some Money On The Line
By Danny Matteson
By Danny Matteson
May 14, 2015
For those who want to quit smoking, a new study found that money — more than conventional cessation methods — could be the most effective motivator.
SHOW TRANSCRIPT

Researchers from the University of Pennsylvania discovered in a recent study that the threat of losing money from a deposit or the offer of a cash reward were both more effective than conventional techniques aimed at quitting smoking.

That sounds about right. The offer of cash is usually a pretty good motivator.

According to the study, though, it was the threat of losing cash that led to long-term success. Among the people who would’ve accepted either rewards or a refund of their deposit, the deposit smokers were more likely to still be abstinent at six months.

What's interesting is that those in the refundable deposit program put down $150 and were offered $650 in rewards, while those in the reward program were simply offered $800. So the threat of losing money seemed to matter more than the amount they could gain. (Video via New England Journal of Medicine)

Researchers say more research is needed to determine what levels of rewards and deposits are most effective at helping a smoker quit. (Via KDVR)

The study looked at more than 2,500 CVS Caremark employees and was published in the New England Journal of Medicine.