Want To Chat About Meatballs With A Swede? Call This Number 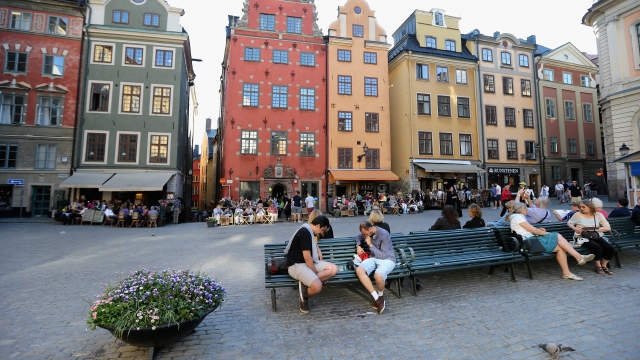 SMS
Want To Chat About Meatballs With A Swede? Call This Number

By Melissa Prax
April 7, 2016
A new campaign from the Swedish Tourist Association is asking foreigners to call a number and talk to a random Swede about anything.
SHOW TRANSCRIPT

Sweden clearly thinks phone calls are underrated, so its tourism association has a number you can call to talk to a random Swede.

Besides encouraging conversation and boosting tourism, Sweden says it's celebrating the country's 250-year ban on censorship.

"It's morning here," said a Swede in a Swedish tourist video.

Swedes can sign up for the program through a phone app and then answer questions from around the globe. This is the first country to have its own phone number, but to make a call, you'll have to pay international calling fees.

As of Thursday morning, the tourist association's site says with about 30 percent of calls, the U.S. is the second-highest caller — right after Turkey.

If you can't think of anything to say, the Swedish Tourist Association suggests chatting about meatballs, politics or the northern lights.

This video includes clips from Swedish Tourist Association and Ikea.