Walmart Is Eliminating 7,000 Office Jobs Across The US 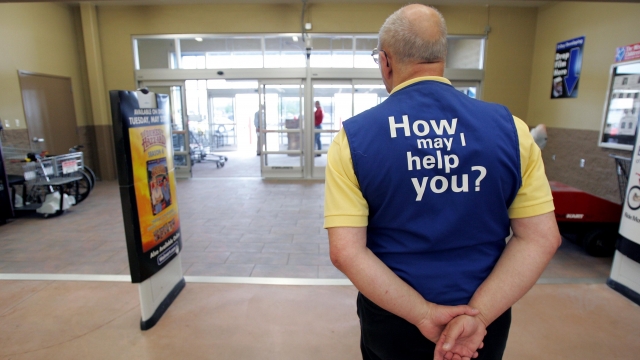 SMS
Walmart Is Eliminating 7,000 Office Jobs Across The US
By Ben Lawson
By Ben Lawson
September 1, 2016
The positions were often held by long-term employees and paid more than most retail jobs.
SHOW TRANSCRIPT

Walmart is eliminating about 7,000 office jobs at stores around the country.

The Wall Street Journal reports that the retail giant plans to get rid of accounting and invoicing positions at its stores. Starting next year, those will be handled at a central office or by new money-counting "cash recycler" machines.

Long-term employees usually hold these jobs, and they are often higher-paying than most other retail positions.

The company has said that many of those employees will be given the opportunity to transfer to consumer-facing roles. However, a Walmart spokeswoman told the Wall Street Journal that she couldn't confirm the employees would be able to keep their current wage level.

Walmart has created several initiatives for increasing employees pay. Workers can complete a six-month training program and be boosted to a minimum $10 an hour wage. Those raises cost the company $2.7 billion.

The company also cut 450 jobs at its headquarter in Bentonville, Arkansas, last year.

Recently, Walmart has focused on making more employees available to interact with customers in stores.

It has even switched from stocking shelves overnight to busier times throughout the day.

And Walmart says it's paying off. At a shareholder meeting in June, the company claimed customer satisfaction has risen for the last 79 weeks in a row.

Walmart is the largest private employer in the U.S. and, according to its website, has 1.5 million workers domestically and nearly 2.3 million worldwide.