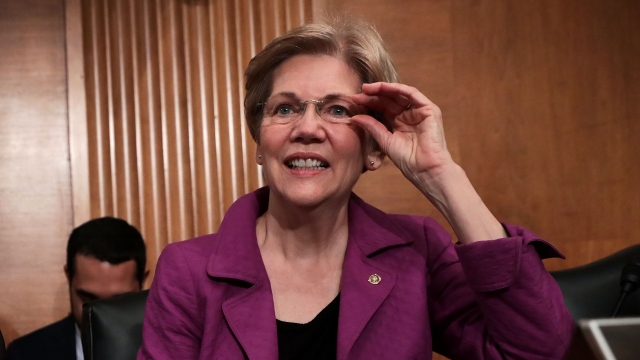 While it appears Massachusetts Sen. Elizabeth Warren is on Hillary Clinton's short list for a running mate, it seems like Wall Street donors are doing everything they can to stop that from happening.

One anonymous Democratic donor told Politico: "If Clinton picked Warren, her whole base on Wall Street would leave her. They would literally just say, 'We have no qualms with you moving left ... but if you are going there with Warren, we just can't trust you; you've killed it.'"

"I am ready to get in this fight and work my heart out for Hillary Clinton to become the next president of the United States," Warren said on MSNBC.

"Pocahontas? Is that what you said? Elizabeth Warren? ... She is a senator that is highly overrated. She has passed very little legislation. She has been a real disaster for a lot of people, including the Democrats, who quite frankly can't stand her," Trump said.

Both Clinton and Democratic challenger Bernie Sanders have dropped Warren's name throughout their campaigns, fueling more talk that she's a popular pick for the second-in-command.

Warren even met with Clinton at her home in Washington, D.C., shortly after endorsing her.

Clinton, the presumptive Democratic presidential nominee, has yet to announce her pick for VP or say when she'll make her choice.

This video includes clips from U.S. Senator Elizabeth Warren, ABC and Hillary for America, and images from Getty Images.