Walking 20 Minutes A Day Could Add Years To Your Life 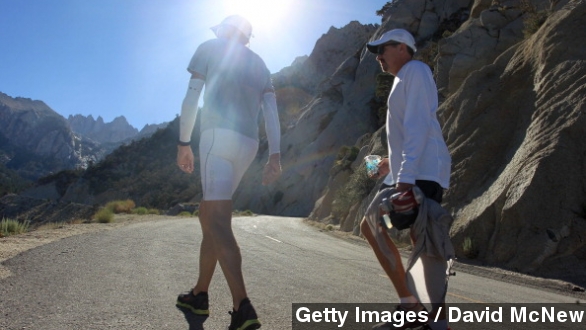 SMS
Walking 20 Minutes A Day Could Add Years To Your Life
By Madison Burke
By Madison Burke
January 15, 2015
University of Cambridge researchers found being inactive may be twice as deadly as being obese.
SHOW TRANSCRIPT

Researchers say just a 20 minute walk a day could add years to your life.

University of Cambridge researchers released a study that found being inactive may be twice as deadly as being obese.

In addition to early death, physical inactivity has already been associated with heart disease and cancer.

To find out about the link between inactivity and early death, researchers analyzed data from more than 334,000 people already participating in a nutrition and cancer study.

Study authors estimated exercising the equivalent of walking briskly 20 minutes a day reduces the risk for premature death by up to 30 percent.

Researcher Ulf Ekelund said, “Although we found that just 20 minutes would make a difference, we should really be looking to do more than this -- physical activity has many proven health benefits and should be an important part of our daily life."

Researchers found the impact was the greatest with people of a normal weight, but there were benefits for overweight people, as well.