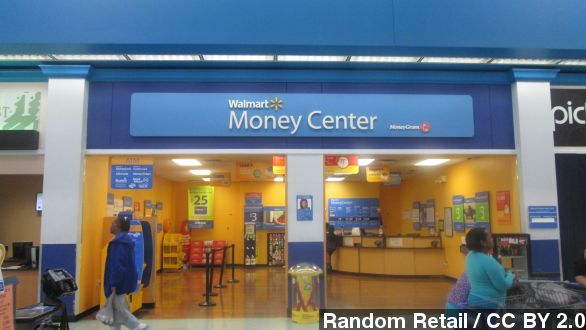 SMS
Wal-Mart Wants To Cash Your Tax Refund Check
By Jamal Andress
By Jamal Andress
January 21, 2015
Wal-Mart's Direct2Cash program allows customers to receive their income tax refund as cash, instead of as a check.
SHOW TRANSCRIPT

It’s the stimulus package to bail you out of that holiday spending debt. Income tax refund season is upon us, and Wal-Mart is making a power play to bring in more customers.

The program is called Direct2Cash, and it allows customers to receive their income tax refund from Wal-Mart instead of cashing a check or waiting for it in the mail. The program is open to those expecting up to $7,500.

Here’s how it works: Customers who decide to use the program go to one of 25,000 tax preparers around the country — your H&R Blocks, Jackson Hewitts, etc. — and they file your taxes.

Then the tax preparer sends a confirmation code to your email. Customers bring the email and an ID to Wal-Mart, which then pays you in cash.

The fee for those without a checking account and looking to cash their refund check can be extremely high — more than 2 percent of the total. The Wal-Mart program only charges a $7 fee.

But the potential catch of the new program is paying the tax preparer, which on average costs about $246, according to the National Society of Accountants. If you make less than $53,000 a year, you can get this service for free. (Video via Jackson Hewitt)

Wal-Mart calls this program a win-win, offering customers an efficient and cheaper way to get their money and putting more customers in the tax preparer offices and Wal-Mart aisles.

Money quotes Daniel Eckard, the senior Vice President for Wal-Mart services: "It's always a good thing to have customers in our stores who have jiggles in their wallets and their pockets."

Wal-Mart’s Direct2Cash program is the just the latest venture for America’s largest retail giant, which has struggled with growth as of late: It’s seen seven straight quarters without sales growth in 2013 and 2014.

Then in October, Wal-Mart plunged headfirst into health care by putting health insurance agents in more than half of its U.S. stores to try to help customers sign up.

The Direct2Cash program began Tuesday and will run through tax season.

This video contains images from Getty Images and Random Retail / CC BY 2.0.