Wal-Mart's Robot Cart Could Help Do Your Shopping For You 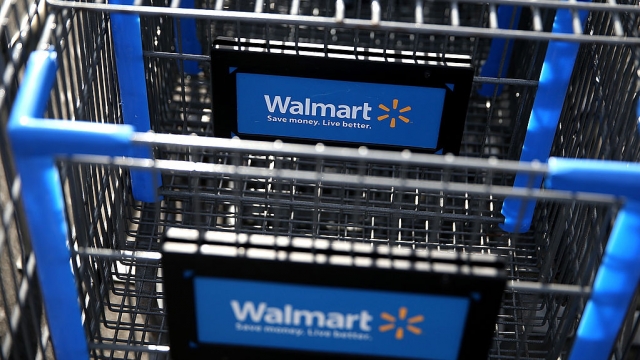 SMS
Wal-Mart's Robot Cart Could Help Do Your Shopping For You
By Grant Suneson
By Grant Suneson
June 16, 2016
Wal-Mart is reportedly developing robotic shopping carts that don't need to be pushed. The carts can also help shoppers find items on their lists.
SHOW TRANSCRIPT

These days, it seems like those everyday menial tasks you dread are slowly being taken over by robots. The next one to go could be pushing a shopping cart.

Wal-Mart is reportedly collaborating with a robotics company to create an automated shopping cart. The idea behind the robo-cart is to help shoppers find everything on their lists while sparing them from having to push the cart themselves.

No word on whether the new cart will also fix the sticky front wheel that always makes you steer slightly to the side.

But that robotic cart isn't Wal-Mart's only tech experiment to help it compete with online shopping. The world's largest brick-and-mortar retailer is also experimenting with drones to aid with stocking and inventory in its distribution centers.

Wal-Mart's competition is also getting some futuristic help. A Target in San Francisco tested out a robot called Tally for checking inventory. Tally's creators say the machine can do the job 50 times faster than a human with 30 percent higher accuracy.

Plenty of other big businesses like McDonald's and Best Buy have reportedly toyed with the idea of replacing some of their workers with robots instead of paying them $15-an-hour wages.

So we might be getting a little bit closer to living like we're on that giant ship from "Wall-E." But if it means you won't have to spend as much time looking for that one last item on your shopping list, it just might be worth it.