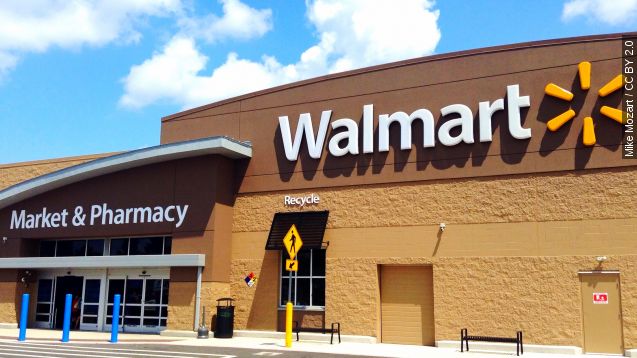 SMS
Wal-Mart's New Sale Seems A Lot Like Amazon Prime Day
By Jamal Andress
By Jamal Andress
July 13, 2015
Amazon announced a July 15 sale it said will have more deals than Black Friday. In response, Wal-Mart announced its own sale that will launch July 15.
SHOW TRANSCRIPT

The fight for e-commerce supremacy doesn't take days off and does not wait for the holiday season.

You may have heard, Amazon has announced a sale for July 15 it says will be "filled with more deals than Black Friday," but it's for one day only and only available to Amazon Prime members.

In response, Wal-Mart has announced a very similar sale, also on July 15, for its online products.

Wal-Mart is billing its sale as more inclusive, writing in its promotions, "You shouldn't have to pay $100 to get great deals," referring to Amazon's annual $99 fee to be a Prime member.

Wal-Mart's yet unnamed Day of Rollbacks is also slated to last longer than Amazon's Prime Day.

"This metal frame pool on rollback, you save $80!" said someone in a Wal-Mart promotional video.

Wal-Mart has rollback sales throughout the year, and they usually last about three months. And while rollback prices are lower, they're not usually as low as Wal-Mart's Black Friday deals. But neither company has specified prices nor announced which items will be on sale.

Wal-Mart.com CEO and President Fernando Madeira wrote on Wal-Mart's blog, "We're standing up for our customers and everyone else who sees no rhyme or reason for paying a premium to save."

Now despite the CEO's corporate fightin' words, signing up for Amazon's Prime service comes with more than just entry to this one-day sale; it gives users access to movies, TV shows, free shipping and other perks.

But Wal-Mart is fighting an uphill battle with Amazon for e-commerce business. In 2014, Wal-Mart increased its e-commerce sales 22 percent, bringing its online revenue to $12 billion. During that same year, Amazon brought in almost $89 billion in net sales.

This vidoe contains images from Mike Mozart / CC BY 2.0  and Getty Images.