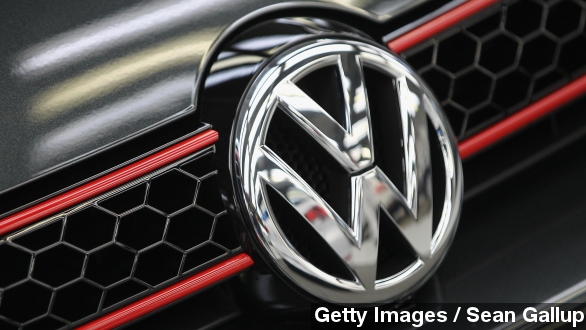 Toyota's days as the world's largest automaker could be numbered. That is, if Volkswagen continues its growth spurt.

Europe's largest automaker says it sold more than 10 million vehicles last year, a 4.2% increase from 2013 and the most unit sales Volkswagen has ever recorded in a single year.

The car maker's recent surge is reportedly aided by a huge sales boost in China and strong numbers from its luxury brands, Audi and Porche.

Plus, the success of Skoda, another high-end brand under the VW umbrella, which sold more than 1 million vehicles for the first time in its 120-year history.

Volkswagen's CEO released a statement Sunday, saying the feat is an "impressive confirmation that we are vigorously implementing our Strategy 2018 despite challenging market conditions."

That strategy the company laid out is pretty ambitious. Its goal is to top GM and Toyota to become the world's most successful automaker by 2018. So, can the two top dogs in the industry fight off VW's recent surge? It's kind of hard to tell at this point.

GM has bounced back strong since the U.S. government bailout and still managed to finish just ahead of Volkswagen in 2013 sales.

Plus, Friday sources for the Wall Street Journals says GM will soon compete head-on with Tesla in the electric car market with its own low-cost, battery-powered vehicle.

Toyota, meanwhile, has held on to the spot as top car manufacturer for two years in a row, after a brief downturn in 2011. Its sales were up 6.2 percent over last year.

But its business in that key Chinese market struggled last year, with 95 percent of Toyota distributors reporting losses, according to Bloomberg. (Video via CNET)

Plus, a writer for Money says, despite the good sales numbers, the Toyota Prius, its top vehicle in the energy-efficiency market, has seen slumping sales mainly due to low gas prices.

We'll get a glimpse of the latest offerings from Volkswagen and its competitors Monday when the American International Auto Show kicks off in Detroit.