Polls Aside, Voters Aren't Sure What To Expect On Election Day 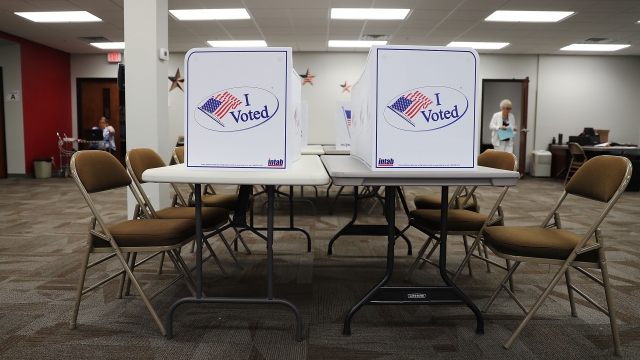 SMS
Polls Aside, Voters Aren't Sure What To Expect On Election Day
By Grant Suneson
By Grant Suneson
October 26, 2016
Despite a commanding lead by Hillary Clinton in the polls, many Donald Trump supporters say they won't believe it if she wins.
SHOW TRANSCRIPT

A new USA Today poll shows Hillary Clinton has opened a nearly 10 percentage point lead over Donald Trump, but there's still an unusual amount of uncertainty about what might happen on election day.

SEE MORE: Coming Soon To An AMC Theater Near You: Election Night Coverage

Trump made accusations about an unfair election a centerpiece of his campaign. His supporters are taking note. Many of them are saying they won't accept a Clinton presidency.

Over 60 percent of respondents believe the country is more divided than it used to be, and that could be giving rise to some serious fears about American democracy. Less than half of likely voters said they are very confident about a peaceful transfer of power in 2016.

That's apparently become a big worry for voters. More than half of respondents said they had some concerns about violence on Election Day.

Trump supporter Rick Darling told the USA Today that he's been buying ammunition in response to Clinton's increasing poll numbers. He said, "I don't know what's going to happen. It's so unpredictable. The country is so divided. I'm going to be prepared. If it all falls apart, I'm going to be ready if I have to be."