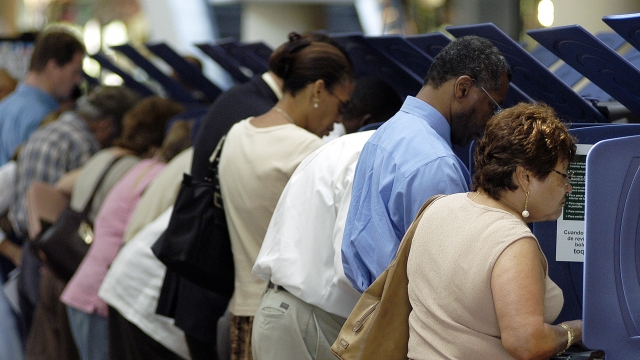 Voter ID laws across the country are tumbling down.

The latest state to ease its restrictions is North Dakota. A federal judge ruled the state's strict policies for presenting IDs at polling booths leave many voters disenfranchised. The law wasn't completely struck down, but it was blocked from being enforced.

In his decision, the judge said the majority of voters can obtain a necessary ID, but there are many who cannot obtain one with "reasonable effort." He said the burden falls hardest on the state's Native American population.

North Dakota's Secretary of State said the state won't appeal the ruling. Instead, it will revert to older, more lenient policies until a permanent new policy is put in place.

This is similar to what played out in Texas last month. An appeals court ruled that the state's voter ID laws were discriminatory and kept many African Americans and Hispanics from voting.

Just in the past year, similar policies were also blocked or loosened in North Carolina, Wisconsin and Kansas.