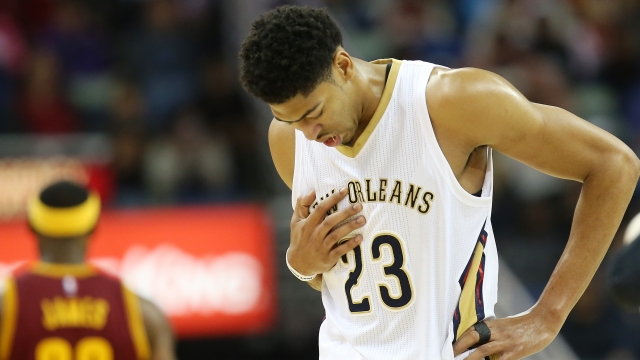 SMS
Voodoo Priest Offers To Help The Injury-Plagued Pelicans
By Grant Suneson
By Grant Suneson
March 30, 2016
The New Orleans Pelicans have suffered a lot of injuries this year. A Voodoo priest thinks they're cursed, but he's offered to break the jinx.
SHOW TRANSCRIPT

When a basketball team has a bad season, there are usually a few contributing factors, like injuries or poor team chemistry. But, according to a Voodoo priest, the New Orleans Pelicans have a bigger issue.

Pelicans fan Belfazaar Ashantison has practiced Voodoo for more than two decades. He told The Advocate: "I do believe, honestly, that they are jinxed, for lack of a better word. I think there’s a negative energy that keeps surrounding them."

And if you take a look at the Pelicans’ season, it’s hard to argue. New Orleans is 19 games below .500, largely because its players have missed a combined 262 games due to injury this season. And that number will only get higher.

As of Tuesday, seven Pelicans, including all-star Anthony Davis, have been ruled out for the rest of the season and the team is now guaranteed to miss the playoffs.

The priest says he thinks the bad energy is coming from Pelicans owner Tom Benson. The 88-year-old billionaire disowned his daughter and grandchildren in 2014, opting to will control of the Pelicans and the New Orleans Saints to his third wife.

Despite the turmoil, Ashantison believes he has a solution. He says he would burn some herbs in the locker room to cleanse it and toss some salt in the corners to keep the jinxes away, all while having the players recite Psalm 23 because it "talks about prospering in the face of enemies."

There’s no word yet on whether Gentry or the Pelicans will actually take up the priest on his offer, but hey, it can’t hurt to try.