Volvo CEO Wants Regulators To Get Moving On Autonomous Cars 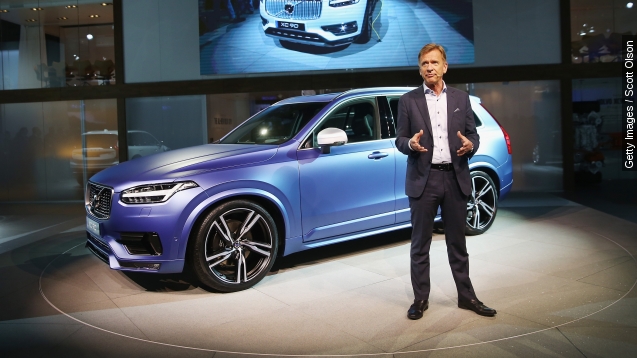 SMS
Volvo CEO Wants Regulators To Get Moving On Autonomous Cars
By Ben Lawson
By Ben Lawson
October 7, 2015
When a self-driving car gets into an accident, are riders or manufacturers at fault? The head of Volvo offered an answer.
SHOW TRANSCRIPT

Volvo has an answer to one of the biggest questions about self-driving cars: Who should take the blame when there's an accident?

Should it be the manufacturer or the people riding in the car?

In a press release ahead of a speech on autonomous vehicles at the Swedish Embassy, Volvo's top officer, Hakan Samuelsson, said his company would take the blame if one of its cars gets into an accident.

The question has been floating around for a while now, and Volvo is touting itself as the first automaker to step up and answer it.

As Google’s self-driving car tests have shown us, even with "smart" cars, accidents happen. But, according to Google's reports, it's usually a human driver's fault. (Video via Google)

Samuelsson's speech is meant to get self driving cars on the road sooner by encouraging U.S. regulators to get rules in place. (Video via LA Auto Show)

He said in the press release, "If we are to ensure a smooth transition to autonomous mobility then together we must create the necessary framework that will support this."

He also addressed hacking, saying it should be considered a criminal offense.

Although, making it a crime doesn't mean hacking won’t ever happen: Security researchers have shown that even regular cars are vulnerable. So security features might need some work, not the laws.