Volkswagen Says Carbon Emissions Scandal Not As Bad As It Feared 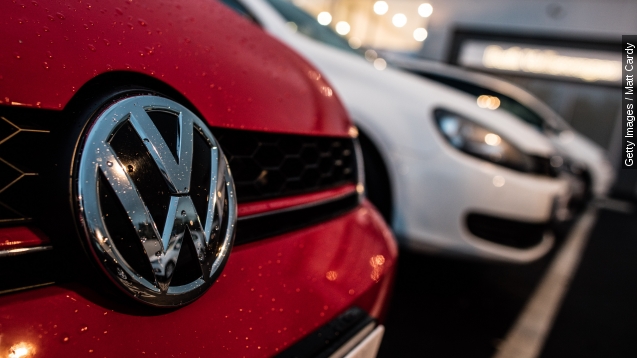 SMS
Volkswagen Says Carbon Emissions Scandal Not As Bad As It Feared
By Ben Lawson
By Ben Lawson
December 9, 2015
The automaker initially said 800,000 of its diesel vehicles were emitting illegal amounts of carbon dioxide, but now says that number is only 36,000.
SHOW TRANSCRIPT

The automaker initially said 800,000 of its diesel vehicles were emitting illegal amounts of carbon dioxide. But the company now says that number is only 36,000. (Video via Volkswagen)

Volkswagen is still waiting on testing from a third party, but it believes the rest of the cars not affected in the scandal will be deemed safe to sell again soon.

Just to be clear, VW still has to deal with another 11 million diesel vehicles it says cheated emissions tests for nitrogen oxide.

But the carbon emissions news is probably a bright spot in a terrible year for the automaker. It set aside more than $2 billion to deal with that scandal alone, and now it might not need nearly that much. (Video via Volkswagen)

Wall Street certainly seems to be loving the news. The stock was up more than 6 percent at one point after the announcement.

The company set aside $7.3 billion to deal with the nitrogen oxide scandal. It did manage to get a low-cost fix approved in Europe, but analysts tell CNBC Volkswagen might have a harder time getting it approved under the U.S.' tougher standards.