Volkswagen Posts $3.84B Loss In Wake Of Emissions Scandal 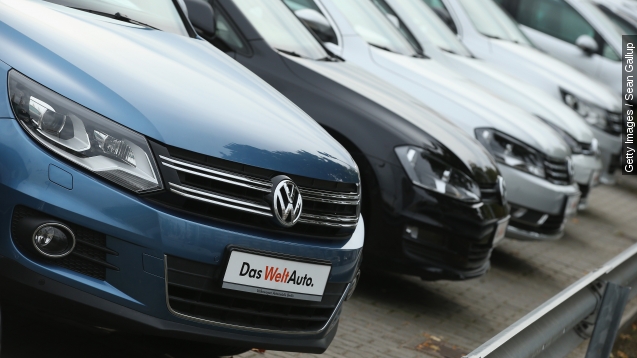 Volkswagen has posted its first operating loss in 15 years in the wake of its emissions scandal.

In its third-quarter earnings report, the German automaker revealed a loss of $3.84 billion.

The company has set aside $7.4 billion to cover a massive recall and any payouts for civil or criminal suits over the scandal. (Video via Volkswagen)

But Volkswagen's first loss in years didn't send its stock spiraling down. Instead it was on an uptick after the news hit.

The automaker is still expecting a 4 percent rise in sales over the full year, and the amount of cash on hand at the company rose to $30.7 billion by the end of the third quarter.

However, some analysts say it's too early to get optimistic about the company. One analyst told CNBC the emissions scandal is like a "big black hole that it's going to have to throw money at for the foreseeable future."

In its earnings report, the company admitted to a long list of potential legal troubles that could come from the recall and said it's too early to tell what the total cost will be.