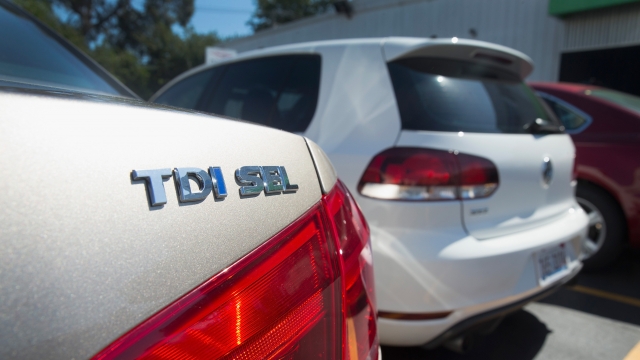 Months after the bombshell announcement that Volkswagen's clean diesel cars weren't so clean, there's new trouble for the carmaker.

The Federal Trade Commission filed a lawsuit Tuesday against Volkswagen for false advertising. The problem vehicles are the TDI clean diesel cars Volkswagen advertised as low emission and environmentally friendly when, in fact, they were not.

"Aren't diesels dirty? Yeah, that's true. That used to be dirty," said a woman in a Volkswagen commericlal.

In October 2015, VW admitted to installing "defeat devices" in TDI diesel cars between 2009 and 2015. That software allowed the engine to detect whether the car was on the road or undergoing a laboratory test, and when the cars weren't being tested, they emitted much higher nitrogen oxide levels.

The FTC lawsuit seeks compensation for anyone who bought or leased one of the more than 55,000 diesel cars over that seven-year period.

But the FTC lawsuit isn't Volkswagen's only legal trouble. The Environmental Protection Agency and the U.S. Department of Justice filed a lawsuit against the car company in January for violations of the Clean Air Act.

This video includes images from Getty Images and clips from Volkswagen USA.