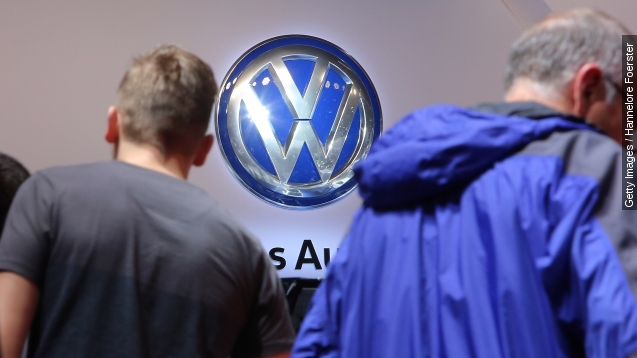 Volkswagen Group will not be offering any sort of compensation to European owners of diesel vehicles affected by the emissions scandal.

Meanwhile, in the U.S. and Canada, those impacted by the "cheat" software are getting a little something for their troubles. (Video via Volkswagen)

In the U.S., some 482,000 diesel owners will be receiving a $500 prepaid Visa and another $500 card that can be used at VW dealerships. Owners also get three years of free 24-hour roadside assistance.

But in Europe, where about 8.5 million VW owners are now stuck with a car that wasn't what they thought they were paying for, they're getting zilch, nada, nothing.

The automaker's reasoning is twofold, according to Automotive News: U.S. customers were buying "niche technology" that's still uncommon on the continent, whereas more than half of new cars sold in Europe are already diesels. Additionally, diesel gas is a lot cheaper in Europe than it is in the U.S. (Video via Volkswagen)

All in all, Automotive News writes, "VW believes that European customers will be less inconvenienced by the scandal because plans for an EU-wide recall of the affected cars will soon be finalized."

Plus — y'know — it would cost Volkswagen a lot more money to give Europeans the same deal it's giving Americans. But I guess das just auto.