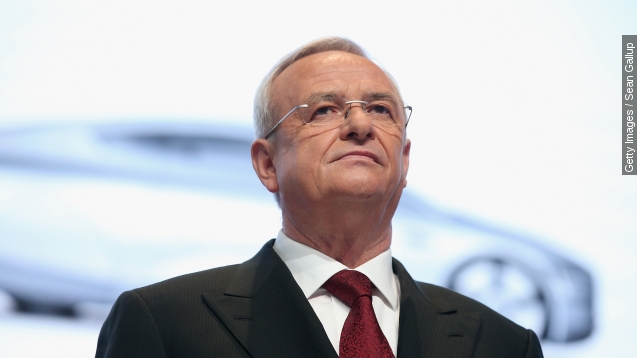 Volkswagen's CEO Martin Winterkorn has announced he will resign.

This comes after the company admitted on Friday to cheating for years on the Environmental Protection Agency's air pollution tests.

Winterkorn said in a statement: "I am shocked by the events of the past few days. Above all, I am stunned that misconduct on such a scale was possible in the Volkswagen Group."

And governments around the world have called for investigations.

Volkswagen is already expected to recall half a million vehicles sold between 2009 and 2015 in the U.S. and could face fines up to $18 billion from that government alone.

The company has announced it will set aside roughly $7 billion to cover repairs to recalled cars in the United States.