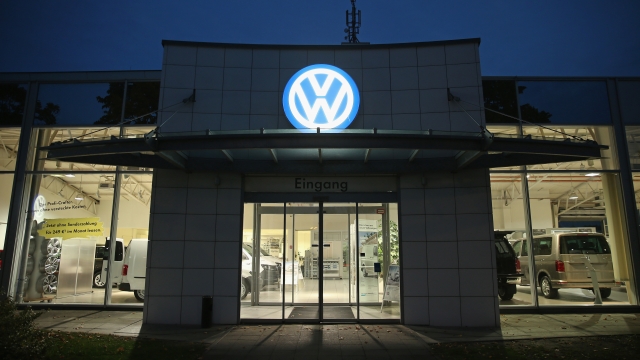 A federal judge approved the massive settlement after Volkswagen was caught putting devices to cheat on emissions tests in 11 million diesel cars between 2009 and 2015.

SEE MORE: Is Volkswagen Trying To Pay Its Penance With (Actual) Clean Cars?

The nearly $15 billion will go toward buying back or fixing the affected cars, supporting more environmentally friendly vehicles and giving the deceived owners between $5,000 and $10,000 each. And that's just the start of Volkswagen's financial nightmare.

The settlement only covers cars with 2-liter diesel engines. Volkswagen still has to work out a settlement for at least 80,000 affected vehicles with 3-liter engines.

Volkswagen is also paying each of its dealers nearly $2 million apiece, though each dealer can opt for its own lawsuit instead. The German automaker also had to hire hundreds of employees just to handle the buybacks.