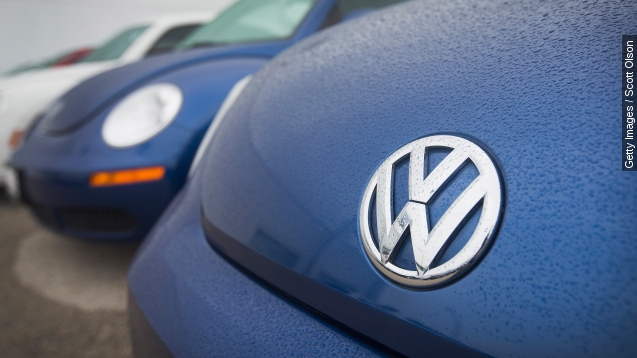 Volkswagen is in trouble, with shares dropping over 20 percent after the company admitted to cheating for years on the Environmental Protection Agency's air pollution tests. (Video via Volkswagen USA)

The EPA charged the company with outfitting diesel cars with software that only turned on pollution controls during official tests. (Video via CNBC)

When not being tested, the engines would pollute anywhere between 10 to 40 times the legal limit, according to EPA estimates.

This software was featured in models, such as the Golf, Beetle, Jetta, as well as Audi's A3 line. Sales of all 2015 and 2016 models containing the software have been halted. (Video via Audi USA)

The CEO said in a statement, "I personally am deeply sorry that we have broken the trust of our customers and the public."

"Now all of this, of course, hitting just days before the CEO's contract was to be renewed through 2018," Shery Ahn of Bloomberg said.

U.S. officials have said Volkswagen could be hit with fines as high as $37,500 per car, which would total to more than $18 billion.