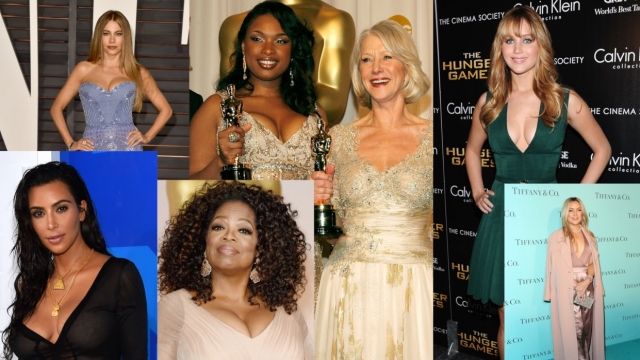 SMS
Dear Vogue, Body Parts Are Not Fashion Trends
By Lindsey Pulse
By Lindsey Pulse
November 3, 2016
Vogue surveyed its Twitter users about cleavage to see if the "trend" is passé.
SHOW TRANSCRIPT

The latest issue of British Vogue asks one question: "Is The Cleavage Over?"

Ahead of the release of the December issue, U.K. Vogue surveyed its Twitter followers about a certain fashion trend: cleavage.

SEE MORE: H&M Pulls Plus-Size Clothes From Some Of Its Stores

The magazine pointed out in recent months, there's been a lack of "pertinently pushed-up breasts" both on and off the runway.

The survey had three potential answers: "if you have it, flaunt it," "it depends on the outfit" and "cleavage is over." According to Vogue, the "trend" is out.

Sixty-seven percent of those surveyed voted for the first answer. Twenty-two percent voted for the second, and 11 percent said cleavage is passé.

Only cleavage isn't really a fashion trend; it's a natural part of the human body. Internet users were quick to point out how problematic the survey was.

Many denounced the poll for shaming certain body types, pointing out that some women can't help having cleavage. One critic wrote, "That is not how bodies work, fam."

Vogue has received this type of backlash before. In 2014, the magazine published an article that stated "We're Officially in the Era of the Big Booty." Many criticized the piece for glossing over women of color in its praise of this particular body type.

Other big-name magazines have been criticized, too. Lifestyle magazine Elle made headlines for dressing Melissa McCarthy in an oversized coat, and shooting Mindy Kaling from the chest up.

As of Thursday morning, Vogue had yet to respond to the latest internet uproar.