Why Vogue Officially Endorsing Hillary Clinton Is A Big Deal 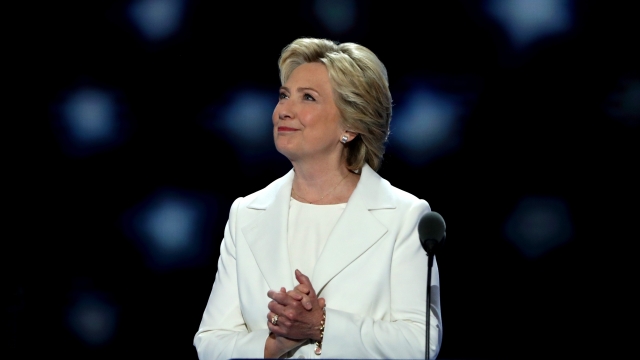 Vogue wants its readers to get out and vote — specifically for Hillary Clinton.

For the first time in the fashion magazine's 124-year history, it made an official political endorsement proclaiming "two words give us hope: Madam President."

The editorial reads in part: "Women won the vote in 1920. It has taken nearly a century to bring us to the brink of a woman leading our country for the first time."

Vogue has profiled women on both sides of this political aisle this election. But the magazine's editor-in-chief hasn't kept her support for Clinton a secret.

Anna Wintour held a fundraiser for the Democratic candidate during Fashion Week and is even serving as Clinton's style consultant during the campaign.

So what makes this a big deal?

But they do show support in other ways. When Glamour reporters express a political view in an article, the word "I" is in the headline.

And when actress Mariska Hargitay endorsed Clinton in an Elle op-ed, a note at the bottom said the opinion didn't "necessarily reflect those of Hearst Magazines."

More than 1.2 million people read Vogue magazine each month, making it one of the largest fashion magazines in the U.S.