Virtual Sexism Is Linked To The Real Thing 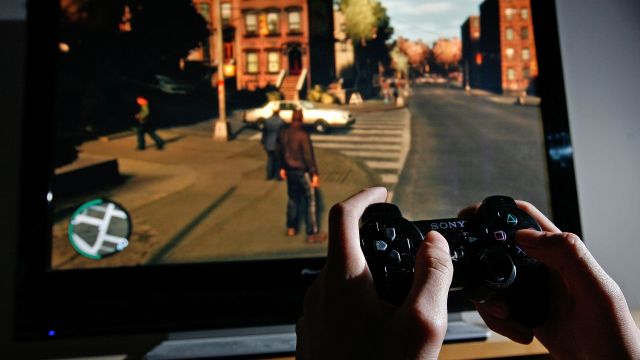 A new study had 154 Italian high schoolers play one of three types of games: nonviolent, nonsexist puzzle games; the violent but nonsexist "Half-Life" games; or "Grand Theft Auto," which has apparently become the gold standard in virtual violence and sexism.

The participants were then shown pictures of a woman in physical pain and asked how much empathy they felt toward her. Male "Grand Theft Auto" players were more likely to say they had less empathy toward the woman; playing the other two types of games wasn't linked to any change in empathy.

What's more, the "GTA" players who closely identified with their in-game character displayed the least empathy. They were also more likely to agree with masculine statements like, "Boys should be encouraged to find a means of demonstrating physical prowess."

The researchers argue that link shows the act of playing as a sexist character can amplify the damaging effects of sexism. It's also possible sexist players feel more connection to a sexist protagonist.

This argument is usually leveled against violent video games, which have been blamed for real-world violence. The American Psychological Association does link virtual violence and increased aggression, but detractors say the research doesn't establish long-term effects or a connection to actual violence.

Still, harassment against women in games is proof enough for some that video games have a problem with sexism. How much of that is a product of the medium itself is still up in the air.