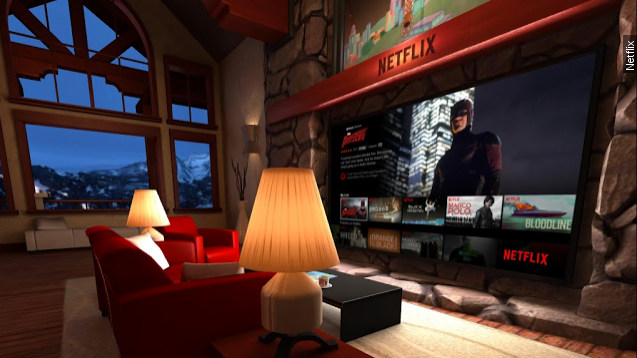 As of today, you can start watching movies in virtual reality on Netflix.

But probably not how you're thinking. (Video via PBS NewsHour)

"It took me inside a Syrian refugee camp in Jordan. It's hard to convey on your screen, but the sensation is one of being in the camp as a young girl talks about life there," Jeffrey Brown said.

Netflix has partnered with Oculus to make a Netflix app for the Samsung Gear VR. (Video via Tested)

Netflix's new app lets you watch its movies in a virtual space.

So you can pretend to watch "House of Cards" in a real (fake) movie theater.

Netflix's app will be available on the Oculus Rift when it launches in 2016. (Video via Oculus)