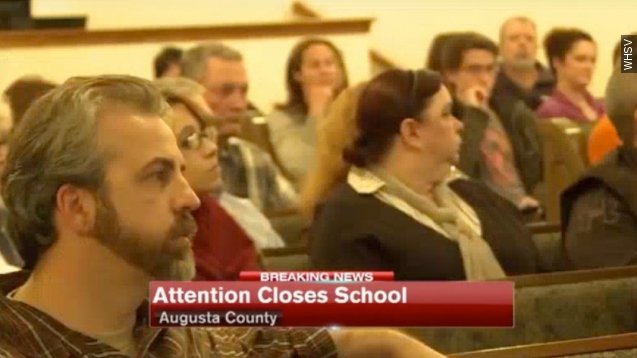 Outrage over a Virginia teacher's geography assignment has prompted officials to close every school in one of the state's counties on Friday.

The assignment was to copy the shahada, or the main Islamic creed, in Arabic calligraphy. (Video via WHSV)

Arabic calligraphy is a historical expression of art and oftentimes uses text from the Quran.

But some parents were upset, even though the assignment was voluntary, according to local media. After being inundated with calls and e-mails, the county school system made the decision Thursday evening.

Parents held a meeting against the calligraphy assignment and said their kids could be indoctrinated to Islamic beliefs. But local media report the assignment did not give a definition of the shahada.

One parent spoke out on Facebook, saying, "I am preparing to confront the county on this issue of the Muslim indoctrination taking place here in an Augusta county school. This evil has been cloaked in the form of multiculturism."

While public schools can't teach religion, the school says that the assignment wasn't "designed to promote a religious viewpoint or change any student's religious beliefs." The school is expected to reopen after the weekend. (Video via WVIR)