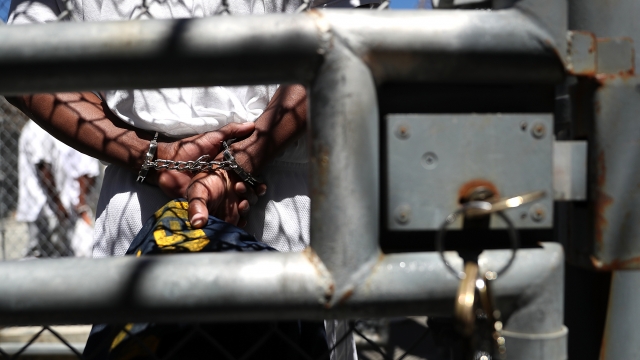 Lines for voting booths in Virginia may be a little bit longer this year after Gov. Terry McAuliffe announced the state restored voting rights for 13,000 felons.

But that's not initially what McAuliffe wanted. In April, he used an executive order to make 206,000 Virginians who had served their prison and probation sentences eligible to vote.

McAuliffe said, "They send their children and their grandchildren to our schools. They shop at our grocery stores, and they pay taxes. And I am not content to condemn them for eternity as inferior, second-class citizens."

The Virginia Supreme Court said McAuliffe didn't have the authority to issue such a sweeping order, saying the governor would have to restore the voting rights of ex-prisoners one at a time.

McAuliffe initially thought the state would be able to finish 13,000 applications in a week — that's the number of people who tried to register to vote under the original executive order. But it's taken a bit longer than he expected.

Virginia officials said they would work to restore the rights of as many former prisoners as possible before the October 17 registration deadline but admitted they have no idea how many people they can help in time.

In the end, it may not make a difference — at least for the presidential race. Clinton and her running mate, former Virginia Gov. Tim Kaine, are polling solidly ahead of Donald Trump in the state.