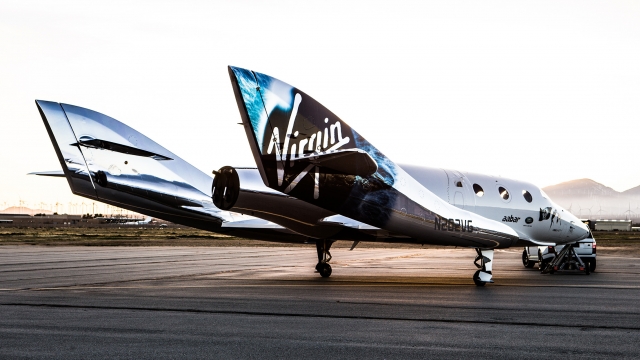 Virgin Galactic has just unveiled a new spaceship as it pushes forward with its quest to commercialize spaceflight.

"It's the first step in opening up space to the wider population of the world," said chief pilot David MacKay.

That is if you can afford the $250,000 ticket. Virgin Galactic is essentially trying to become the first space tourism company by taking passengers on short trips to low orbit.

Virgin Galactic's new ship, christened the Unity, looks similar to the one that crashed in 2014, but the new craft has a few internal upgrades.

That crash, which killed one person and seriously injured another, was caused by human error, according to the National Traffic Safety Board.

The co-pilot prematurely initiated the ship's feather system which caused it to break apart mid-flight.

The new ship has a locking mechanism to keep that from happening again. But the board also blamed part of the last crash on pilot training.

It said that pilots weren't informed about the dangers of prematurely unlocking the feather systems, and they weren't used to to the pressure and vibrations they experienced in flight.

In a press release about the new spacecraft, Virgin Galactic said it was committed to thorough testing, and that it's not in a "race."