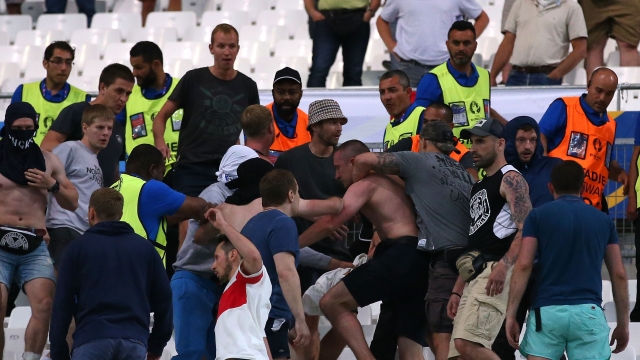 The UEFA European Championship got off to an ugly start this weekend as violent soccer riots overran the streets of Marseille.

Ahead of the game between England and Russia, mobs of unruly fans from both countries began throwing objects and fighting with each other. French riot police responded with tear gas and a water cannon. Authorities say five people were seriously injured; one person is reportedly in critical condition.

More chaos broke out at the tail end of the match when Russian fans appeared to charge at a section of English supporters, prompting more fistfights and a scramble for the exit.

This is the third day French police have deployed tear gas to cope with the crowd, though previous nights of rioting didn't escalate to this level. Police said they arrested six people during Saturday's chaos, adding to the several arrests made Thursday and Friday.

The actual England vs. Russia soccer match ended in a 1-1 draw. The tournament continues in France until July 10.