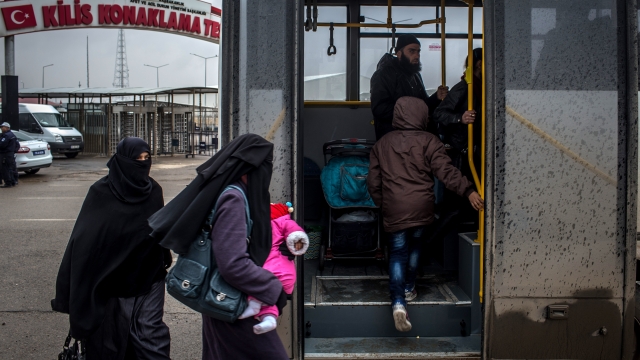 SMS
Violence Forces Thousands Of Syrian Refugees Toward Turkish Border
By Melissa Prax
By Melissa Prax
February 6, 2016
Violence in Syria's northwest city of Aleppo has pushed out thousands of refugees who are heading north to the now-closed Turkish border.
SHOW TRANSCRIPT

The number of Syrian refugees fleeing to the Turkish border has spiked over the past few days as fighting has intensified.

Officials estimate 35,000 people have made their way north just in the past few days with more expected. (Video via CCTV)

Syrians are mainly fleeing the northwest city of Aleppo where the government is clashing with rebel groups and has reportedly cut off supplies to the city. Russian airstrikes in the area are also aiding the Syrian regime. (Video via TRT)

That northern border has remained closed since Thursday, but the Turkish government along with several nonprofits have set up camps for refugees on the Syrian side. Turkey has taken in the most refugees since the beginning of the Syrian conflict.

The region's governor said, "Our doors are not closed, but at the moment, there is no need to host such people inside our borders."

On Thursday, the United Nations called for more funding to resettle Syrian refugees.