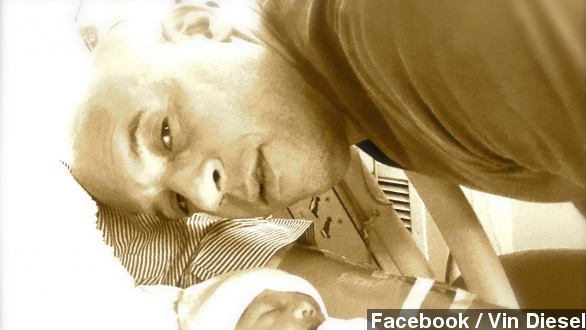 Actor Vin Diesel exclusively revealed on the "Today" show Monday morning that he was thinking of his late friend Paul Walker when picking a name for his new baby girl.

"I named her Pauline. ... There's no other person that I was thinking about as I was cutting the umbilical cord. ... I knew he was there," Diesel told the show's hosts.

Diesel announced the birth of his daughter on Facebook on March 16. This is his third child with his longtime girlfriend, Paloma Jimenez.

Diesel and Walker starred together in the "Fast & Furious" movie franchise.

The cast was in the middle of filming the seventh movie, "Furious 7," when Walker died in a car crash in 2013.

At a Los Angeles screening of the most recent installment, People reports Diesel became emotional when talking about Walker, saying: "It was in some ways the hardest movie I ever had to do because the relationships that you see on film are so real. ... I lost my best friend. I lost my brother."