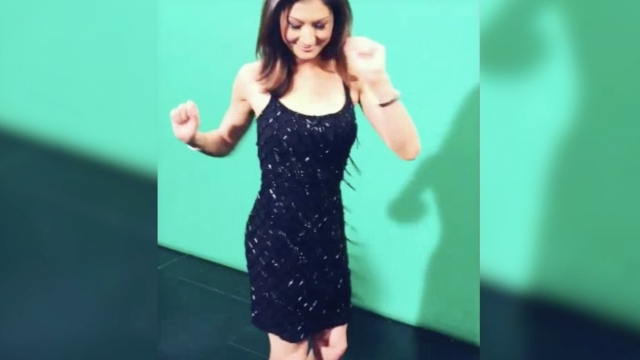 SMS
Viewers Fire Back After Meteorologist Is Told To Cover Up On Live TV
By Katherine Biek
By Katherine Biek
May 16, 2016
KTLA's Liberté Chan was handed a sweater by her co-anchor while giving a weather forecast Saturday.
SHOW TRANSCRIPT

A meteorologist at a California news station was told to cover up while delivering the weather forecast Saturday morning, and social media users are not happy about it.

"You want me to put this on? Why? Because it's cold?" KTLA meteorologist Liberté Chan asked.

"We're getting a lot of emails," anchor Chris Burrous said.

That was KTLA's Liberté Chan, and the person who handed her the sweater was anchor Chris Burrous, who later tweeted, "Problem solved! Half the emails love [the] dress, half not so much. Here's our compromise."

Burrous later said offering Chan a sweater was just a joke, but Twitter users were not having it.

One even said Burrous "publicly shamed" his co-worker.

Still, the incident quickly gained its own hashtag: #sweatergate. And instead of tweeting anything negative about Chan's dress, many commenters rallied behind her, saying she was owed an apology.

Turns out, the black beaded number Chan wore that day wasn't her first choice of outfits. She wrote on her blog that the black-and-white patterned dress she planned to wear would've disappeared on the green screen.

Chan said, "For the record, I was not ordered by KTLA to put on the sweater. I was simply playing along with my co-anchor's joke ... you know we poke fun at each other all the time."

Burrous and Chan did just that earlier this year when Chan's green dress made her transparent while delivering the weather.

"Dress by Chris Burrous," Chan said as Burrous handed over his suit jacket.

KTLA has yet to respond about the most recent incident.