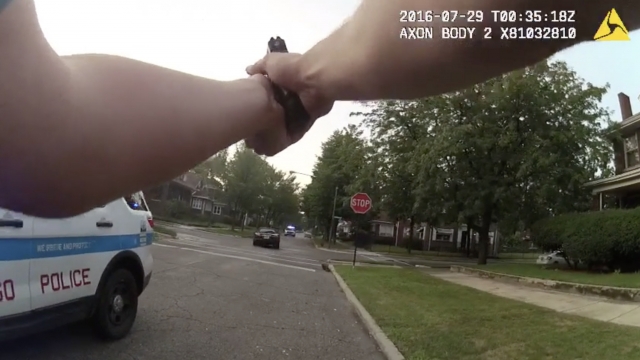 WARNING: THIS FOOTAGE MAY BE CONSIDERED GRAPHIC

A Chicago oversight organization released videos Friday of the incident leading up to the fatal shooting of 18-year-old Paul O'Neal, a Chicago teen accused of stealing a car.

The collection of videos shows O'Neal driving a car through a police blockade back in July. While you can see the chase and hear a flurry of gunshots, you never see the actual shooting.

O'Neal was reportedly unarmed and died from a gunshot wound to the back. After the incident, police superintendent Eddie Johnson stripped officers of their police powers for violating policies.

"We see a few things that show that there's really no remorse," Ja'Mal Green said.

Family spokesman Ja'Mal Green pointed out how, in his opinion, officers seemed to show no regret after shooting the teen with lines like this:

Green said: "There are good police officers that are on the force. But just as they want us to, they should be ranking out the evil in the Chicago Police Department. Then, we can start establishing a relationship once they start holding themselves accountable as well."