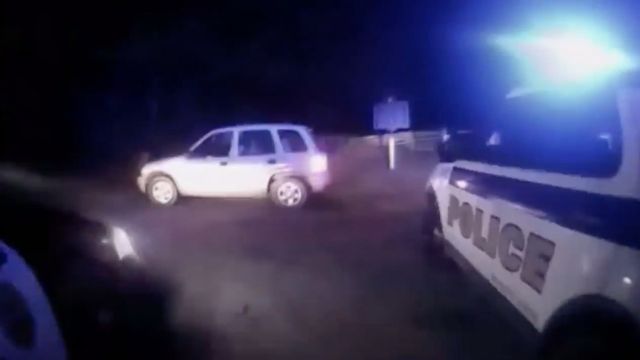 "It is the most disturbing thing I've seen, and I will leave it at that," Col. Michael Edmonson said at a press conference.

In September 2015, police pursued an SUV driven by Jeremy's father, Christopher Few. The Washington Post reports Few had gotten into a fight with his girlfriend at a bar earlier in the evening. Someone called the police.

Few took off and the deputies followed him. The men reportedly fired at least 18 rounds at the vehicle. Jeremy was shot five times, hitting his head and chest. His father was also critically injured but survived.

Few's hands were reportedly empty and open when the marshals began shooting.

One of the deputies said he "never saw a kid" in the car.

But here's where the story gets complicated. Some are asking why the deputies — who normally only serve arrest warrants and court orders — were there.

Few was reportedly unarmed and didn't have a warrant out for his arrest.

Nothing in the case completely explains what Stafford and Greenhouse were doing there, and to this day, investigators haven't found a concrete reason.

CNN reports the attorneys for the marshals claimed they were acting in self-defense after Few allegedly hit one of their vehicles with his own.

Stafford's court date is reportedly set for November. Greenhouse's is set for March.