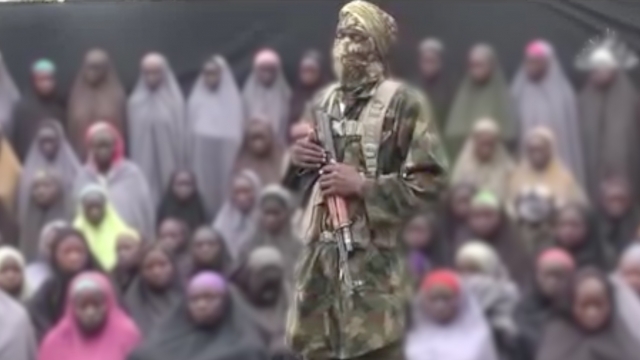 The video released Sunday is reportedly addressed to the families of the Chibok girls, who were kidnapped in 2014.

According to several translations, the man in the video claims some of the girls have been seriously wounded and around 40 have been "married" since their abduction.

Boko Haram is an Islamic militant group that operates in Nigeria. The group pledged its allegiance to ISIS in 2015.

The group seized more than 270 girls from their school in Chibok more than two years ago. The Nigerian government was widely criticized for its response to the abduction. But the government did rescue one of the girls earlier this year.

The Nigerian government says it's in contact with the group, trying to ensure the safety of the girls.

According to Amnesty International, since the beginning of 2014 to April 2015, an estimated 2,000 women and girls were abducted by the extremist group.

At the end of the recently released video, bodies can be seen strewn across the ground. The group claims their deaths were the result of a military airstrike — though the military disputed that claim.

The group says it will not release the girls until the government releases captive Boko Haram fighters.