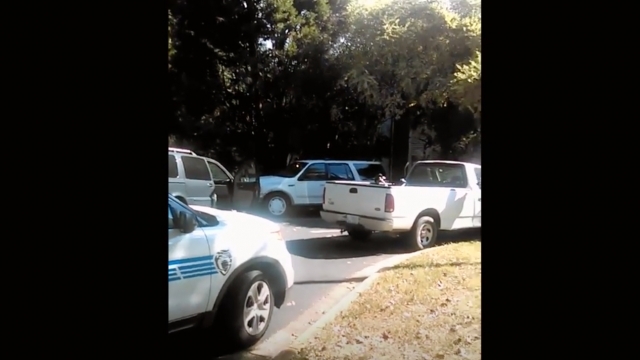 Scott's wife can be heard shouting at police officers to not shoot her husband. She repeatedly says Scott is not armed.

Violent protests erupted in Charlotte after the shooting, spurring the state's governor to issue a state of emergency.

Police say they will not release body or dash camera footage from the event. They say releasing the footage would jeopardize the investigation. Scott's family reportedly did view the footage.