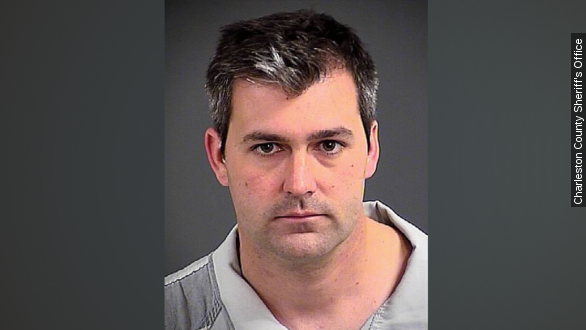 SMS
Video Prompts SC Police To Charge Officer With Murder
By Steven Sparkman
By Steven Sparkman
April 7, 2015
Officer Michael Slager says he feared for his life when he shot 50-year-old Walter Scott, but a video of the incident seems to contradict his story.
SHOW TRANSCRIPT

A South Carolina officer who shot and killed a suspect over the weekend has been charged with murder, a decision that seems to have resulted from the shooting being caught on camera.

"Police and witnesses reported Scott running from Officer Slager before he turned around to fight for the officer's taser. Officers say it was during the scuffle that officer Slager shot Scott," reported WCIV.

But that doesn't appear to be what the video shows. The graphic footage shows all eight shots fired at Scott, and all of them occur after Scott has begun to flee the scene. The New York Times also highlighted part of the video it says shows Slager dropping his Taser near Scott's body.

The video doesn't show what happened right before the shooting, but it was persuasive enough for authorities to arrest and charge Slager with murder.

"As the result of that video and the bad decision made by our officer, he will be charged with murder," said Mayor Keith Summey.

Saturday's incident began as a routine traffic stop over a broken taillight.

This video includes images from the Charleston County Sheriff's Office.