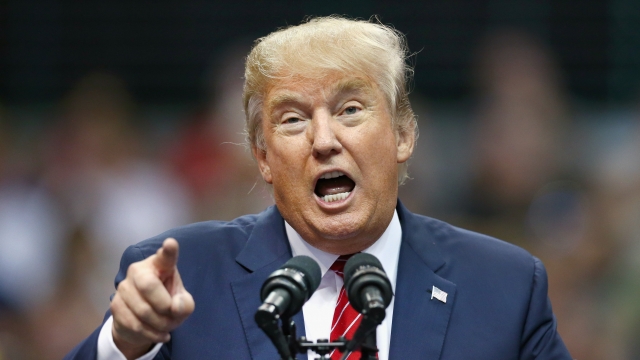 SMS
Veterans Criticize Donald Trump In Conservative Ads
By Kate Grumke
By Kate Grumke
March 7, 2016
The ads are paid for by a super PAC linked to the Koch brothers.
SHOW TRANSCRIPT

"He essentially called anyone who was captured a loser. It's something that I just personally can't stomach," said Michael Waltz.

"Trump would not have survived a POW experience. He would have been, probably, the first one to fold," said Tom Hanton.

The ads are paid for by American Future Fund, a super PAC linked to billionaire conservative influencers Charles and David Koch.

Both ads target what Trump said about John McCain's time as a prisoner of war.

"He's a war hero because he was captured. I like people that weren't captured," Trump said.

The ads aren't supporting any alternative candidates; they're just against Trump.