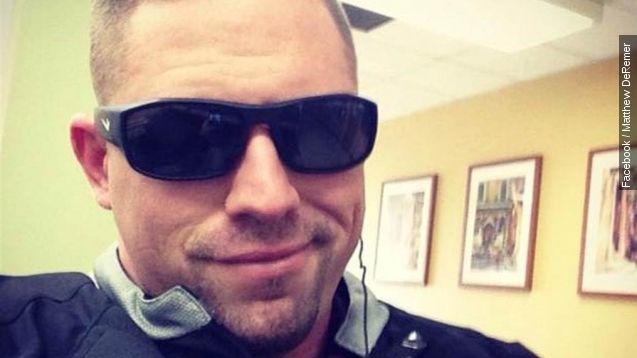 An Iraq war veteran's last Facebook post has gone viral after he was tragically killed in a car accident.

Matthew DeRemer posted this hopeful message on the morning of New Year's Eve: "I've lost, I've gained, family is closer and tougher than ever before, loved ones lost, and new friends found. ... I look back at 2015's huge challenges that I've overcome, shared with others, and have once again found myself."

The former Marine corporal ended the inspirational post with an ominous last line: "I really don't know where I'll end up tonight but I do know where I windup is where I'm meant to be."

Just hours later, he was killed in a motorcycle crash that police say was caused by a drunk driver. He was 31 years old. (Video via WTSP)

"His tattoo on his forearm, you know, John 14:12, he's going to go be with the Father. And I know that's where he's at. My angel has wings now," DeRemer's friend Neysa Shilling told WTVT.

DeRemer's sister, Lynsey, told NBC her brother had recently found a job as a surgical technician, which gave him hope for the future. She told the outlet, "We knew he had a very big personality. ... But to see the kind of testimony he had, it does give us peace."

The Florida Highway Patrol says the driver who's accused of hitting DeRemer, Steven Clarke, was arrested at the scene and charged with DUI manslaughter and failure to yield right-of-way. He was released on bail the day after the accident.