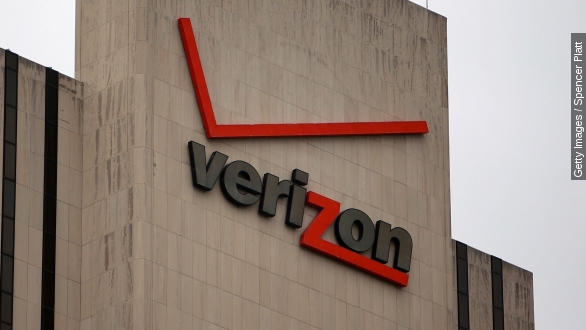 This weekend, Verizon is expected debut a slimmed-down, customizable cable television package for its FiOS customers.

The Wall Street Journal reports Custom TV, as it’s called, is designed to help Verizon compete in the television space.

“Right now, you’re paying for almost 190 channels on average, but a typical U.S. consumer is only watching about 17 channels,” said The Wall Street Journal’s Sarah Rabil.

Customers will pay $55 a month for a collection of basic channels and two “channel packs” of your choosing. Additional packs cost $10 a month and they can be switched around at will every 30 days.

Each pack divides channels into genres: lifestyle, sports, pop culture, kids’ programming and the like.

“We’ve said very clearly we expect to be the preeminent broadband provider in the market, but we want to give customers choice on how they acquire and how they buy video,” Verizon FiOS president Tami Erwin said on CNBC.

FiOS currently gives customers every channel it has in a standalone package for $50 a month, and it doesn't cost anything to just ignore most of those 155 channels. But paying for options like certain sports channels makes current plans more expensive than this new service.

And Custom TV can be built into package deals with broadband Internet and phone service, where final prices will vary. Verizon's betting you'll want a more tailored set of channels combined with savings for other services.

A number of outlets are characterizing the plan as a move in the direction of a la carte — not complete channel-by-channel freedom of choice, but a step in that direction.

And there are some indications Verizon might be moving faster than is entirely safe. Disney, which owns ESPN, called foul to Re/code on Verizon’s proposed channel pack scheme: “Among other issues, our contracts clearly provide that neither ESPN nor ESPN2 may be distributed in a separate sports package.”

Verizon is aware of Disney’s objections, but says it nonetheless “expects to be in a position of compliance” when the new service goes live April 19.