Bus Drivers In Venezuela Are Slamming The Brakes In Protest 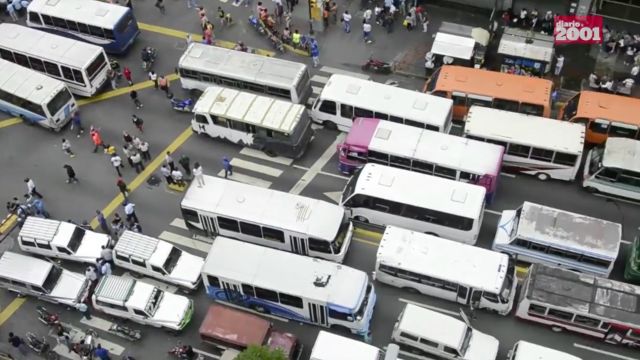 SMS
Bus Drivers In Venezuela Are Slamming The Brakes In Protest
By Melissa Prax
By Melissa Prax
September 22, 2016
They're demanding better wages and more money to fix their buses.
SHOW TRANSCRIPT

A massive protest on Wednesday had bus drivers abandoning their routes and parking in the streets for eight hours.

Keep in mind they were protesting in Venezuela's capital, home to millions of people.

The bus drivers are sick of their current pay and want money to repair their buses. And in light of the recent political turmoil, they want more protection if things turn violent.

Venezuela is battling a gigantic inflation rate and a food shortage. Oil and other car parts are also hard to come by.

Who's getting the blame for most of the economic problems? Venezuela's president, who ironically was a bus driver.