Venezuela Enters State Of Emergency As Its Economy Melts Down 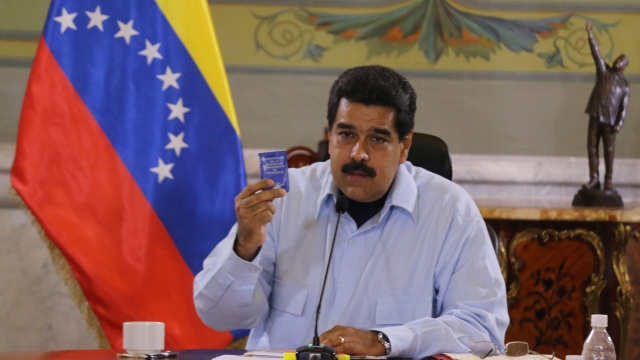 SMS
Venezuela Enters State Of Emergency As Its Economy Melts Down
By Matt Picht
By Matt Picht
May 14, 2016
Venezuela's opposition wants to call a referendum on President Nicolás Maduro's term.
SHOW TRANSCRIPT

Venezuelan President Nicolás Maduro has declared a 60-day state of emergency in hopes of salvaging the country's disintegrating economy.

Economic mismanagement, frequent shortages of basic goods and the crash of prices for the country's once-prosperous oil exports have left Venezuelans in crisis and their government strapped for cash. Maduro is expanding on his previously-declared economic state of emergency from last January.

It's not yet clear exactly what this expanded state of emergency entails, but last year, the state of emergency gave the country's security forces more control over the people of several regions near the Venezuelan-Colombian border.

Dissatisfaction with Maduro's regime has bolstered the country's opposition movement, which is currently calling for a referendum on Maduro's term. U.S. intelligence officials recently told reporters the country could be headed for a total political collapse.